What is Google Camera (Gcam)? 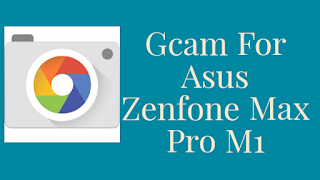 Google Camera is a camera phone application developed by Google for the Android operating system. Development for the application began in 2011 at the Google X research incubator led by Marc Levoy, which was developing image fusion technology for Google Glass. (Wikipedia)

Pixel Visual/Neural Core: Starting with Pixel devices, the camera app has been aided with hardware accelerators to perform its image processing. The first generation of Pixel phones used Qualcomm's Hexagon DSPs and Adreno GPUs to accelerate image processing. The Pixel 2 and Pixel 3 (but not the Pixel 3a) include the Pixel Visual Core to aid with image processing. The Pixel 4 introduced the Pixel Neural Core.
HDR+ : Unlike earlier versions of High-dynamic-range (HDR) imaging, HDR+, also known as HDR+ on, uses computational photographytechniques to achieve higher dynamic range. HDR+ takes continuous burst shots with short exposures. When the shutter is pressed the last 5–15 frames are analysed to pick the sharpest shots (using lucky imaging), which are selectively aligned and combined with image averaging. HDR+ also uses Semantic Segmentation to detect faces to brighten using synthetic fill flash, and darken and denoise skies. HDR+ also reduces shot noiseand improves colors, while avoiding blowing out highlights and motion blur. HDR+ was introduced on the Nexus 6 and brought back to the Nexus 5.
HDR+ enhanced : Unlike HDR+/HDR+ On, 'HDR+ enhanced' mode does not use Zero Shutter Lag (ZSL). Like Night Sight, HDR+ enhanced features positive-shutter-lag (PSL): it captures images after the shutter is pressed. HDR+ enhanced is similar to HDR+ from the Nexus 5, Nexus 6, Nexus 5X and Nexus 6P. It is believed to use underexposed and overexposed frames like Smart HDR from Apple. HDR+ enhanced captures increase the dynamic range compared to HDR+ on. HDR+ enhanced on the Pixel 3 uses the learning-based AWB algorithm from Night Sight.
Live HDR+ : Starting with the Pixel 4, Live HDR+ replaced HDR+ on, featuring WYSIWYG viewfinder with a real-time preview of HDR+. HDR+ live uses the learning-based AWB algorithm from Night Sight and averages up to nine underexposed pictures.
Dual Exposure Controls: 'Live HDR+' mode uses Dual Exposure Controls, with separate sliders for brightness (capture exposure) and for shadows (tone mapping). This feature was made available for Pixel 4, and has not been retrofitted on older Pixel devices due to hardware limitations.
Motion Photos: Google Camera's Motion photo mode is similar to HTC's Zoe and iOS' Live Photo. When enabled, a short, silent, video clip of relatively low resolution is paired with the original photo. If RAW is enabled, only a 0.8MP DNG file is created, not the non-motion 12.2MP DNG. Motion Photos was introduced on the Pixel 2. Motion Photo is disabled in HDR+ enhanced mode.
Video Stabilization: Fused Video Stabilization, a technique that combines Optical Image Stabilization and Electronic/Digital image stabilization, can be enabled for significantly smoother video. This technique also corrects Rolling shutter distortion and Focus breathing, amongst various other problems. Fused Video Stabilization was introduced on the Pixel 2.
Super Res Zoom: Super Res Zoom is a multi-frame super-resolution technique introduced with the Pixel 3 that shifts the image sensor to achieve higher resolution, which Google claim is equivalent to 2-3x optical zoom. It is similar to drizzle image processing. Super Res Zoom can also be used with telephoto lens, for example Google claims the Pixel 4 can capture 8x zoom at near-optical quality.

Smartburst: Smartburst is activated by holding the shutter button down. Whilst the button is held down, up to 10 shots per second are captured.

Once released, the best pictures captured are automatically highlighted.

Top Shot: When Motion Photos is enabled, Top Shot analyzes up to 90 additional frames from 1.5 seconds before and after the shutter is pressed. The Pixel Visual Core is used to accelerate the analysis using computer visiontechniques, and ranks them based on object motion, motion blur, auto exposure, auto focus, and auto white balance.
About ten additional photos are saved, including an additional HDR+ photo up to 3 MP. Top Shot was introduced on the Pixel 3.
Slow Motion: Slow motion video can be captured in Google Camera at either 120 or, on supported devices, 240 frames per second.
Panorama: Panoramic photography is also possible with Google Camera. Four types of panoramic photo are supported; Horizontal, Vertical, Wide-angle and Fisheye. Once the Panorama function is selected, one of these four modes can be selected at a time from a row of icons at the top of the screen.
Photo Sphere: Google Camera allows the user to create a 'Photo Sphere', a 360-degree panorama photo, originally added in Android 4.2 in 2012. These photos can then be embedded in a web page with custom HTML code or uploaded to various Google services.

Portrait : Portrait mode (called Lens Blur previous to the release of the Pixel line) offers an easy way for users to take 'selfies' or portraits with a Bokeh effect, in which the subject of the photo is in focus and the background is slightly blurred.

This effect is achieved via the parallax information from dual-pixel sensors when available (such as the Pixel 2 and Pixel 3), and the application of machine learning to identify what should be kept in focus and what should be blurred out. Portrait mode was introduced on the Pixel 2.

Additionally, a "face retouching" feature can be activated which cleans up blemishes and other imperfections from the subject's skin.

The Pixel 4 featured an improved Portrait mode, the machine learning algorithm uses parallax information from the telephoto and the Dual Pixels, and the difference between the telephoto camera and wide camera to create more accurate depth maps.


Playground: In late 2017, with the debut of the Pixel 2 and Pixel 2 XL, Google introduced AR Stickers, a feature that, using Google's new ARCoreplatform, allowed the user to superimpose augmented reality animated objects on their photos and videos. With the release of the Pixel 3, AR Stickers was rebranded to Playground.

Google Lens: The camera offers a functionality powered by Google Lens, which allows the camera to copy text it sees, identify products, books and movies and search similar ones, identify animals and plants, and scan barcodes and QR codes, among other things.

Photobooth: The Photobooth mode allows the user to automate the capture of selfies. The AI is able to detect the user smile or funny faces and shoot the picture at the best time without any action from the user, similar to Google Clips. This mode also feature a two level AI processing of the subject's face that can be enabled or disabled in order to soften its skin.

Motion Photos functionality is also available in this mode. The white balance is also adjustable to defined presets. In October 2019, Photobooth was removed as a standalone mode, becoming an "Auto" option in the shutter options, later being removed altogether.

The motion metering and tile-based processing of the image allows to reduce, if not cancel, camera shake, resulting in a clear and properly exposed shot. Google claims it can handle up to ~8% displacement frame to frame. And each frame is broken into around 12,000 tiles. It also introduced a learning-based AWB algorithm for more accurate white balance in low light.

Astrophotography: Astrophotography mode activates automatically when Night Sight mode is enabled and the phone detects it is on a stable support such as a tripod. In this mode, the camera averages up to fifteen 16-second exposures, to create a 4-minute exposure to significantly improve shot noise.

By dividing the shot into several shorter exposures, the camera manages to achieve the light capture of a long exposure without having to deal with star trails, which would otherwise require moving the phone very precisely during the exposure to compensate for the earth's rotation.

Portrait Light was introduced with the Pixel 5, and backported to the Pixel 4, Pixel 4a and Pixel 4a 5G. When using the default mode or Night Sight mode, its automatically applied if there a person or people.

Created with by Blogspot | Distributed By Gooyaabi Templates